Mirror, mirror on the wall…

“Perfectionism is self-destructive simply because there’s no such thing as perfect. Perfection is an unattainable goal.”
– Brene Brown

This week we have been reflecting on what we have accomplished, how we have grown, and what we have learned. It is common practice to be deliberately paying attention to our own thoughts, emotions, decisions, and behaviors at The Cooper School. However, now that we have completed two-thirds of our academic year, we need to formally assess how far we have come and where we still need to grow.
We are proud to say your sons and daughters have grown leaps and bounds socially and academically. We are even more proud of how they are able to learn from their mistakes and self-correct maturely. Reflection can be hard, we all know too well, yet this week our middle schoolers have been staring their growth and setbacks square in the eye impressively.

What’s happening in Science:
This week in science, we are finishing up our analysis and conclusions to our hypotheses. The scientists are working on creative ways to display their results. With many colonies of bacteria and fungi growing in our petri dishes, they have many interestingly “gross” discoveries and practical applications for their data.

What’s up in Math?
Fifth and Sixth Graders have analyzed and unpacked all of the standards that we have covered over the course of the year. Mathematicians broke down the standards and highlighted the content, skills, and verbs within the standard, then they put the verbiage in terms that make sense to them, and created an example problem to demonstrate their understanding. 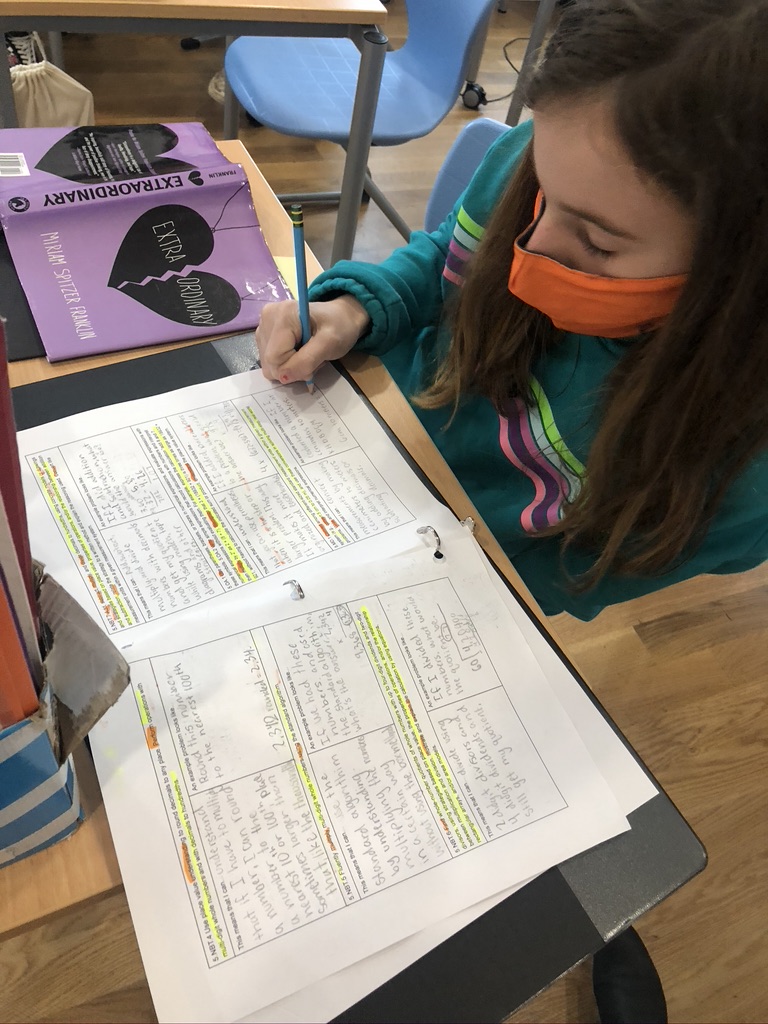 In Writing:
Writers brainstormed different strategies and techniques that we have learned to use as an aid when it comes to staying organized and bringing their writing into fruition. Writers completed, edited, and finalized their writing self-assessments after reflecting on their growth as a writer over the course of this year.